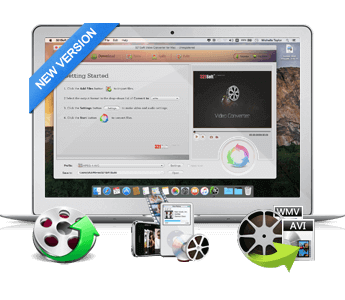 Convert MKV to MP4 on Mac

Only $34.95 USD
Size :15.70 MB
It has worked flawlessly, Extensive video formats supported, It's ideal for convert your video, audio formats to fit any device. - by: CNET staff on May. 19, 2020. Easily convert between almost ALL video and audio file format available. including less-common video formats, such as AMV, M4V, F4V. Other great editing features include the ability to both split and merge files. by Softonic Editorial Team.

It is a common sense that lots of portable devices like iPhone, iPad or other tablets only can play videos in MP4 formats. But not all videos are in the format of MP4, you may get some videos in various of different formats, for example, MKV. So in order to play the video on your device, you need a video converter program to convert MKV to MP4. Converting the MKV files to MP4 on Mac is really easy with the 321Soft Video Converter. It’s simple and intuitive interface of performing has made this software become one of the most download software among all. If you want to know more about the process of converting MKV files to MP4, here is a guide to it.

Step by step process to convert MKV into MP4 on Mac OS X:

With the help of the add button, load all the MKV videos that you wish to convert. One of the biggest benefits of using this software is that you can load many videos at the same time and convert them easily. This reduces the time and the effort. 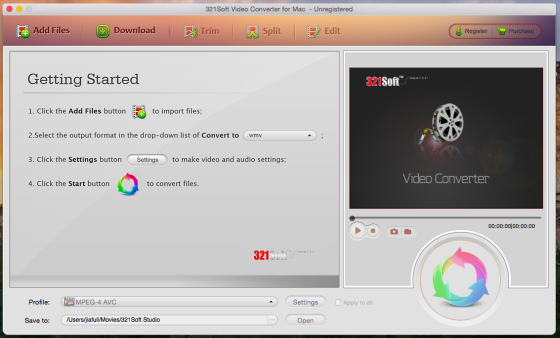 Once the files are loaded, search for the “Convert to Format” menu. When you click on it, you will find several format options which can be selected as per your choice. Select MP4 from the drop down menu and then choose the file location where you wish to save the converted file. 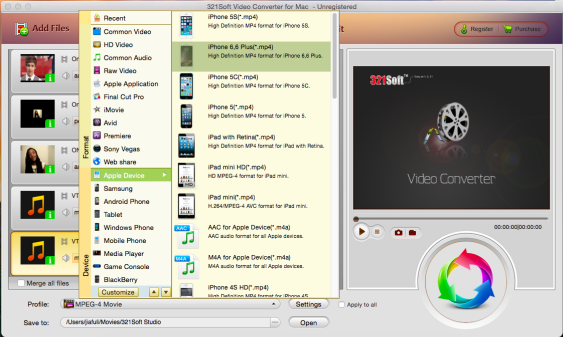 Now click on convert and the process will start immediately. It will take a couple of minutes depending upon the number of files that want to convert. Once the process is over, the converted files can be viewed on the Mac OS on your device. 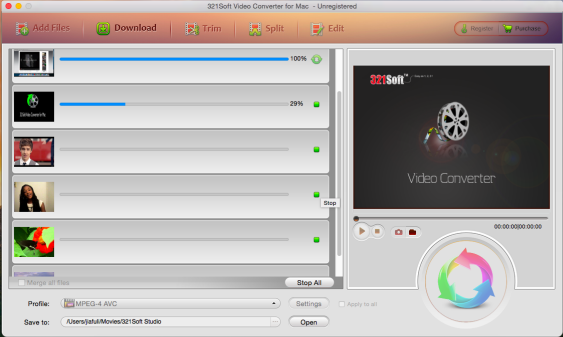 This is a simple process through which you can convert the files into any format. Apart from converting the videos into the desired format, this software can be used to crop the video, merge different video files, adjust the effects and lots more. So with the help of this software, you are able to perform many functions and that too with utmost accuracy. The advance setting option allows you to adjust the video size, quality of the video, sample rate and other attributes as well.

So next time when you have to convert the videos, just use the 321 Soft Video Converter which is multipurpose software that offers a smooth conversion process and preserves the quality of the video too. Hope you find this software to be worth downloading as it offers numerous advantages to the users.


Convert MKV to MP4 on macOS